Unfortunately there is currently no Citizenship Program Ireland. This is a pity, in our view, because Ireland would not only bring many benefits to our customers, but would also enrich the country's economy. Ireland is a member country of the EU since January 1, 1973 with its geographic size of 69,797 km², and population number 4,628,949, as per 2015. The Irish comprise 0.9% of the total EU population. Its capital is Dublin and the official languages in Ireland are Irish and English. The Gross Domestic Product (GDP) is €214.623 billion, as per 2015. Ireland’s currency is Euro (€) since it became a member of the Eurozone on January 1, 1999. The political system is a parliamentary republic. Ireland holds 11 seats in the European Parliament and held the revolving presidency of the Council of the EU 7 times between 1975 and 2013. Ireland is not a member country of the Schengen Area.

The question of why you should have a second citizenship is very easy to answer - If you have dual citizenship, you are a citizen of two countries at the same time. While dual citizens do enjoy certain benefits – access to two social service systems; the option to live, work and own property in two countries; and the ability to travel with relative ease between the two locations. Dual citizens can receive the benefits and privileges offered by each country. For example, they have access to two social service systems, can vote in either country and may be able to run for office in either country, depending on the law. They are also allowed to work in either country without needing a work permit or visa and can attend school in either country at the citizen tuition rate.

Second passports: As a dual citizen, you are allowed to carry passports from both countries. Having a citizen's passport eliminates the need for long-stay visas and questioning about the purpose of your trip. It also guarantees right of entry to both countries, which can be especially important if you have family to visit, are a student or do business in either country.

Property ownership: Another benefit of dual citizenship is the ability to own property in either country. Some countries restrict land ownership to citizens only, and as a legal citizen of two countries, you would be able to purchase property in either—or both—countries. If you travel frequently between the two countries, this might be especially useful since property ownership might offer a more economical way to live in two places.

Citizenship is an extremely polarizing subject. Many people incorrectly think that a second passport is illegal. This is a myth. Ignorance, and nationalistic indoctrination, has perpetuated a stigma that somehow obtaining a second passport is “grey”, or outright illegal across the world. Plenty of people have dual citizenship, and you can do. So your next question will be: How to get a second passport? The quickest and most direct path to a second passport (no matter who your parents are, where you are born, or where you live) is through an officially recognized citizenship by investment scheme, maybe there will be a Ireland Citizenship Program in the future. Another option to get Ireland second citizenship is Citizenship by Residency. Almost all developed countries have laws in place whereby a long term resident can become a naturalized citizen after a certain period of time.

Because dual citizenship is complex and the rules and laws regarding citizenship vary from one country to the next, be sure to consult with qualified experts, including tax accountants and experienced citizenship lawyers.

Every day, not only individual private clients and families, but also their trusted advisers worldwide, rely on us for our specialist knowledge in citizenship planning. This includes comparative citizenship laws, the relinquishment of citizenship, and the acquisition of second citizenship based on residence, ancestry or through a citizenship program and citizenship application. Our legal team and specialised lawyers are renowned in the global immigration arena, with over 25 years experience in fast turnaround dual citizenship programs. We are proficient in identifying rare and exceptional opportunities around the globe for our clients which combine mainly solid investments leading to benefits of permanent residency, passports and citizenship in that country. For each of our clients we analyze the individual situation carefully, present the available options, develop a plan of action and make it happen. Our extensive expertise and experience empowers us to deal with government procedures quickly and efficiently on your behalf. We are proud of our outstanding team of professional consultants that has been carefully selected and works towards our company ethos: Focused on you - our Client.

In fact that there is currently no citizenship program for this country, we would like to draw your attention to our new Vanuatu Citizenship by Investment Program.

If you have further questions about Citizenship Program Ireland or any other concerns, please contact us. 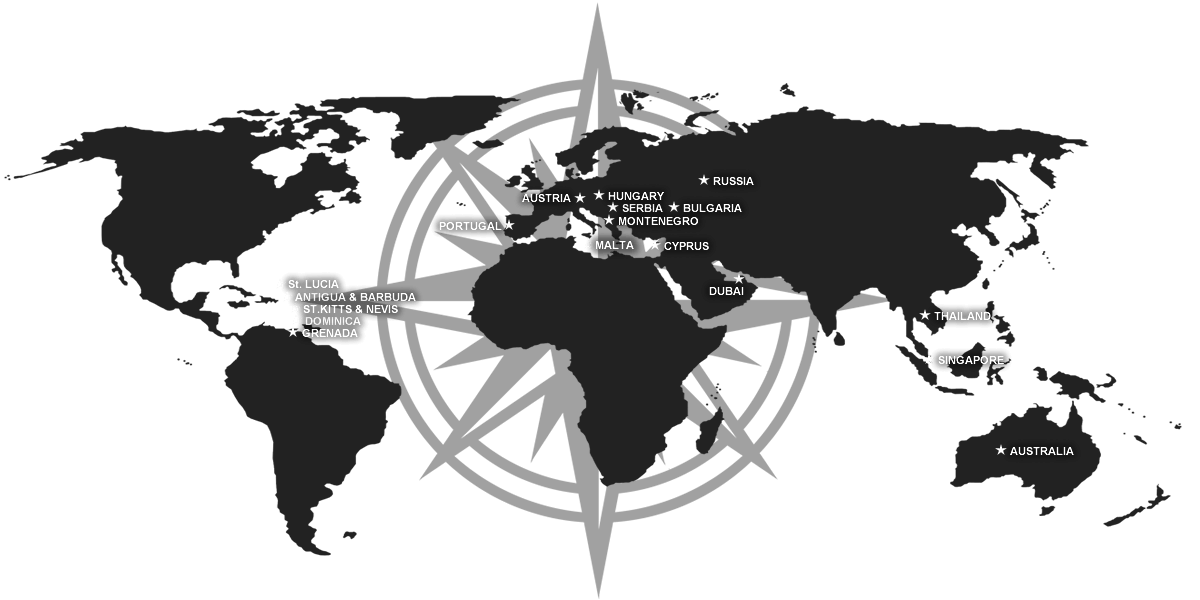